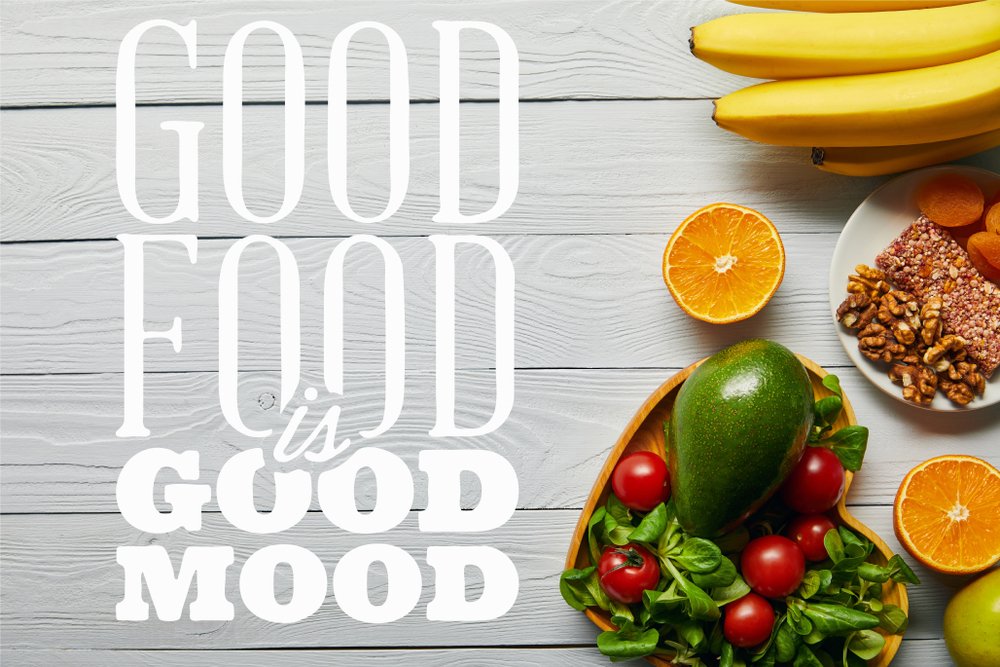 Mood Food – How an Anti-Inflammatory Diet Can Support Mental Health

Mental illness is highly prevalent in the US. In fact, millions of people are affected each year by some form of mental illness, with 1 in every 5 adults developing some type of mental issue. That’s around 44 million individuals.

About 18% of adults in America have experienced various anxiety disorders, including OCD (Obsessive Compulsive Disorder), posttraumatic stress disorder, and other specific phobias.

Out of the 20.2 million people in America who have had a substance abuse problem, over half of them had a dual diagnosis of mental illness. If left untreated, persons living with severe mental health illnesses are more likely to die 25 years earlier on average than the rest of the population.

Several studies have revealed that individuals with poor dietary habits are more likely to develop depression, anxiety, and other types of mental illness as a result of inflammation. Foods that make up a poor diet include fried foods, dairy products with high-fat content, sweet desserts, refined cereals, chocolates, and processed meats.

BLOG: Back Where It All Began: How the Greenland Eskimos Put Omega-3s on the Map

Some of the main factors that contribute to depression are added sugar. Overconsumption of refined starches and sugars poses a higher likelihood for a person developing depression. This reinforces the connection between depression and poor dietary choices.

The Connection Between Inflammation and Mental Health

Researchers believe that understanding how inflammation is connected to mental illness will greatly help in improving the treatment.

What Constitutes an Anti-Inflammatory Diet?

B Vitamins. Deficiencies in vitamin B 12, folate and vitamin B6 can raise homocysteine levels associated with causing mental illness. A deficiency in folate accelerates depression by affecting a person’s monoamine metabolism. People with depression have shown to have 25% lower levels of folate compared to healthy people.

B vitamins are found in:

Omega-3 Fats. Because of the role they play in gene expression, neuronal survival, dopamine, and serotonin transmission, neuron growth, membrane fluidity, neuron growth, and transcription, omega-3 fats are important for your brain health and other deficiencies that contribute to the development of mental health issues.

VIDEO: How Do Omega-3s Get Into the Brain

Studies show that there is a correlation between deficiency in omega-3 in the human body and depression. Clinical trials have revealed taking adequate amounts of omega-3 improves symptoms of ADHD, bipolar disorders, depression, and schizophrenia.

In particular, a 1 g daily intake of omega-3 in the form of DHA and EPA supports a person’s cognitive function.

Some of the recommended sources of omega-3 are:

The amino acids phenylalanine and tyrosine are converted into the transmitters norepinephrine and dopamine to help improve your mental well-being.

Sources of amino acids include:

When ATP is combined with methionine, an amino acid, it produces SAM (S- adenosylmethionine), which helps to alleviate depression symptoms. Glycine, also an amino acid, has proven to reduce schizophrenia symptoms. The amino acid taurine plays an important role in reducing the manic episodes associated with bipolar disorder.

Vitamin D. Vitamin D is also a strong supporter of mental health. And numerous studies have associated low levels of vitamin D with depression and schizophrenia.

Sources of vitamin D include:

For some people, incorporating vitamin D supplements may be needed in getting enough to impact their mental health. Although research is still ongoing, the link between vitamin D and mental health has a lot to do with vitamin D receptors being present in the hypothalamus, thus giving it a role in the regulation of the neuroendocrine function.

Sources of zinc include:

The Importance of Exercise

When it comes to mental health, excising outside in the natural light is highly beneficial compared to exercising in enclosed spaces. A 15-20-minute walk 5 times a week can improve mood, self-esteem, overall well-being, and happiness of moderately depressed people.

Mental rehabs help individuals recover from the effects of mental health issues. The aim of these treatment facilities is to help a person deal with their mental problems; to get their confidence back and live as normal a life as possible. Mental rehab programs range from rehab for drug abuse to rehab for alcoholics.

Who Can Benefit from a Rehab Centre That Has A Paleo Diet Program?

These difficulties may come about because:

The stigma associated with mental illness can become a burden. You may find it difficult to associate with others in a normal setting, find work, or generally live a normal and healthy life. If mental illness is left unchecked, it can spiral out of control. That is why it is very important to find a solution that works well for you. An anti-inflammatory approach like the Paleo diet could be the missing link to a successful treatment plan for mental health issues.

With the primary focus of the Paleo diet being on nutrient density and lifestyle practices to improve your mental health, it comes as no surprise that a lot of people suffering from mental health illnesses find tremendous improvements in their mood, focus, energy, and mental clarity once they incorporate an anti-inflammatory Paleo diet plan into their treatment program.

A poor diet can adversely affect your mental wellness and contribute to anxiety and depression. A paleo diet is healthy and has shown to decrease inflammation in your body, thus managing and checking mental illness.